This wide ranging species is found across Alaska and Canada, in the northern and western United States and even in Great Britain and Ireland.  It is the most commonly-met Spiranthes in the Pacific Northwest.  It is somewhat variable in coloration but is unlike any other species in this genus.

The plants are said to grow as tall as 50 cm, but where we have found them, at higher elevations, they have always been very short, less than 20 cm.  The plants usually has quite a few leaves which are found on the lower part of the stem and which persist through flowering.

The flowers are a beautiful off-white color and have a sparkling texture, and are arranged in spiralling rows, like all the Spiranthes, around the flower stem.  The plant likes wet, open areas.  At Mount Adams, for example, we found it growing in a very wet meadow among short grasses. 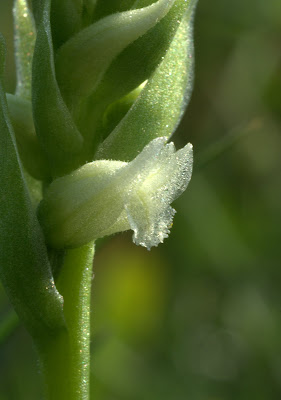 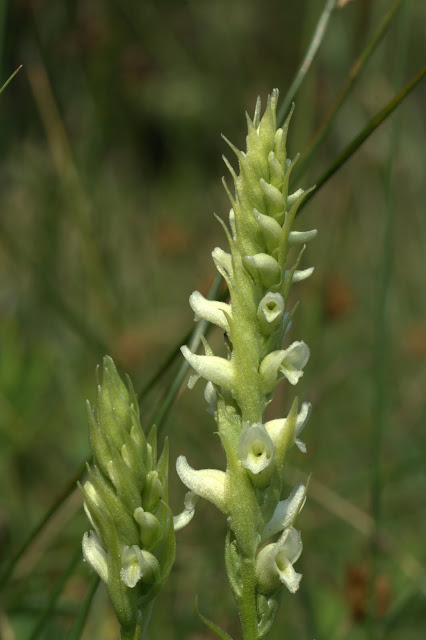 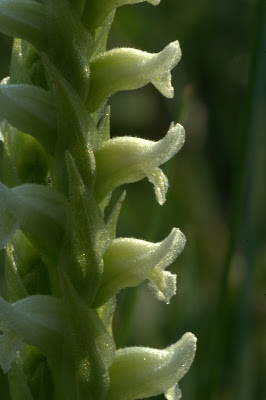 This lovely species ranges from Washington south to California and east to Montana and Nevada.  It is not uncommon, but is found in only one site in Washington state, where these pictures were taken.  It is at the northern limit of its range in Washington.

The name, Ladies' Tresses, the common name of all the Spiranthes refers to the braided appearance of the flower spikes.  The individual flowers are arranged in such a way that they spiral around the stem, giving a braided appearance.

This species is 30-40 cm tall in the Washington location, grows in loose clumps, and has three or four leaves at the base of stem.  The flowers are creamy white and usually grow in damp areas with good drainage.  The individual flowers are only 1 cm in size but each spike holds up to 50 or 60 of the flowers. 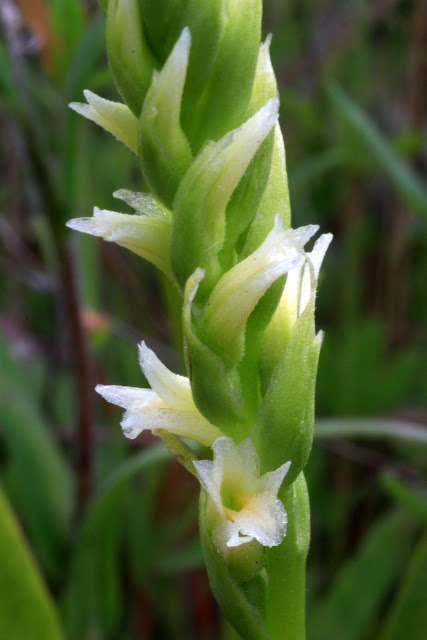 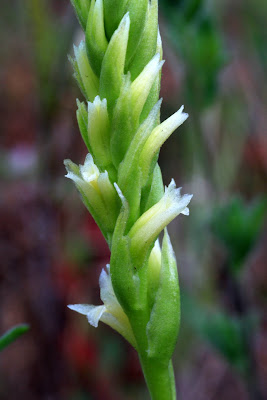 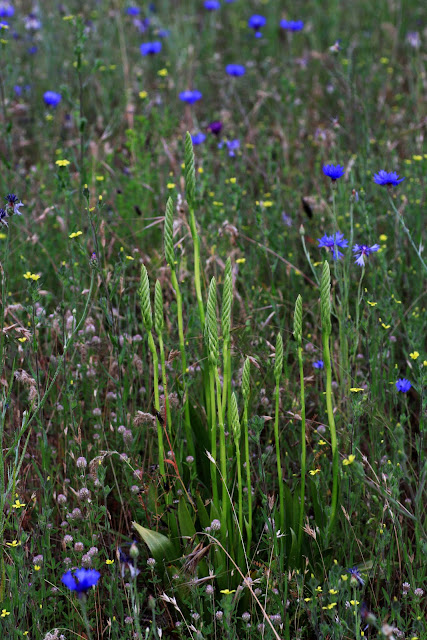 This is was the last of all the native orchids of Washington that we saw and photographed.  Across its range it is rare and that is the reason it took so long for us to find it.  It is thought to be a natural hybrid of Spiranthes romanzoffiana and Spiranthes magnicamporum, the Hooded Ladies'-tresses and the Great Plains Ladies'-tresses.  We found it in two of the four locations from which it is known in Washington, about 50 plants in one location and more in the other.  It prefers gravel bars, pond edges and riversides.  The plant is 30 cm tall and the flowers typical for a Spiranthes species, about 1.5 cm. 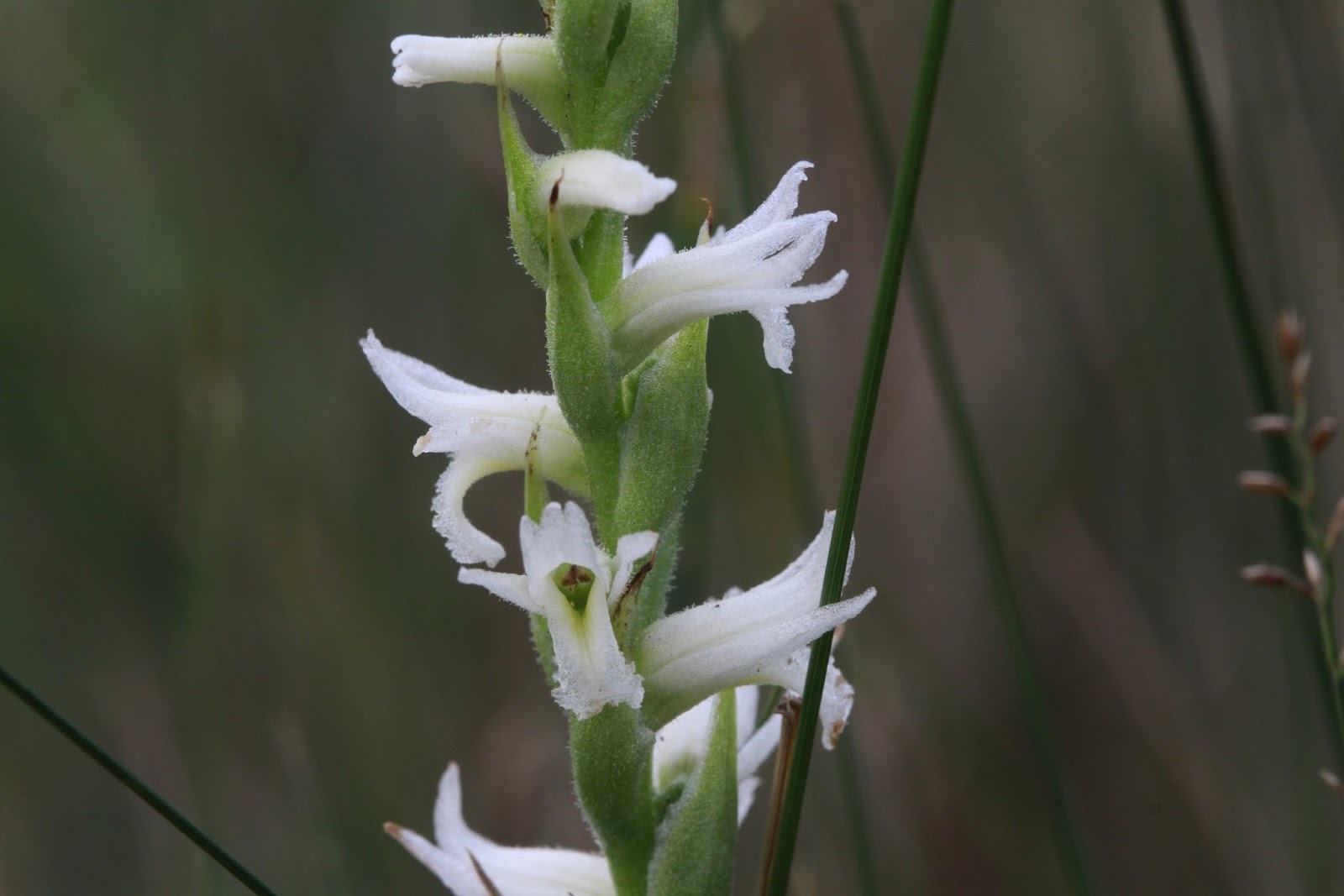 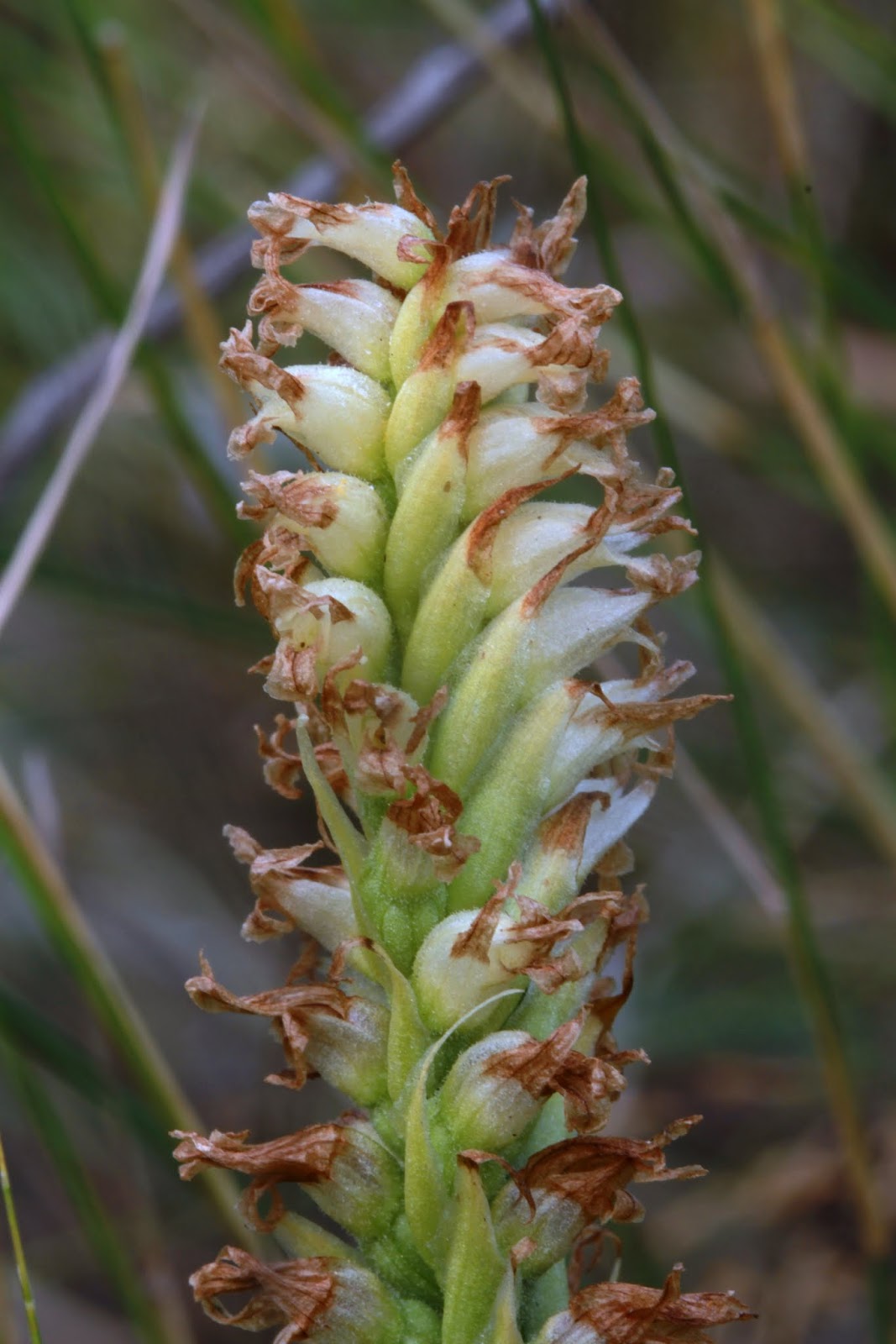 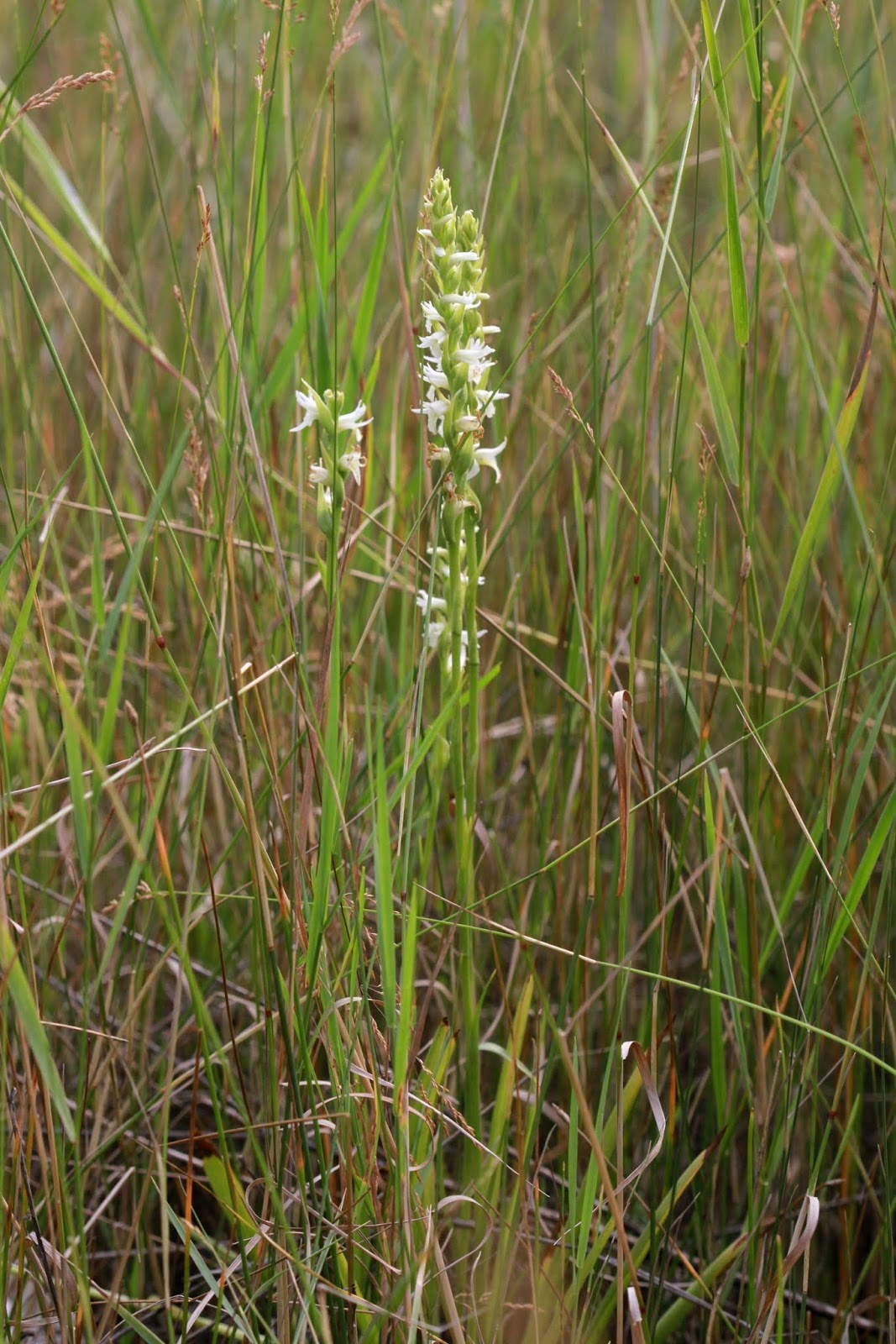 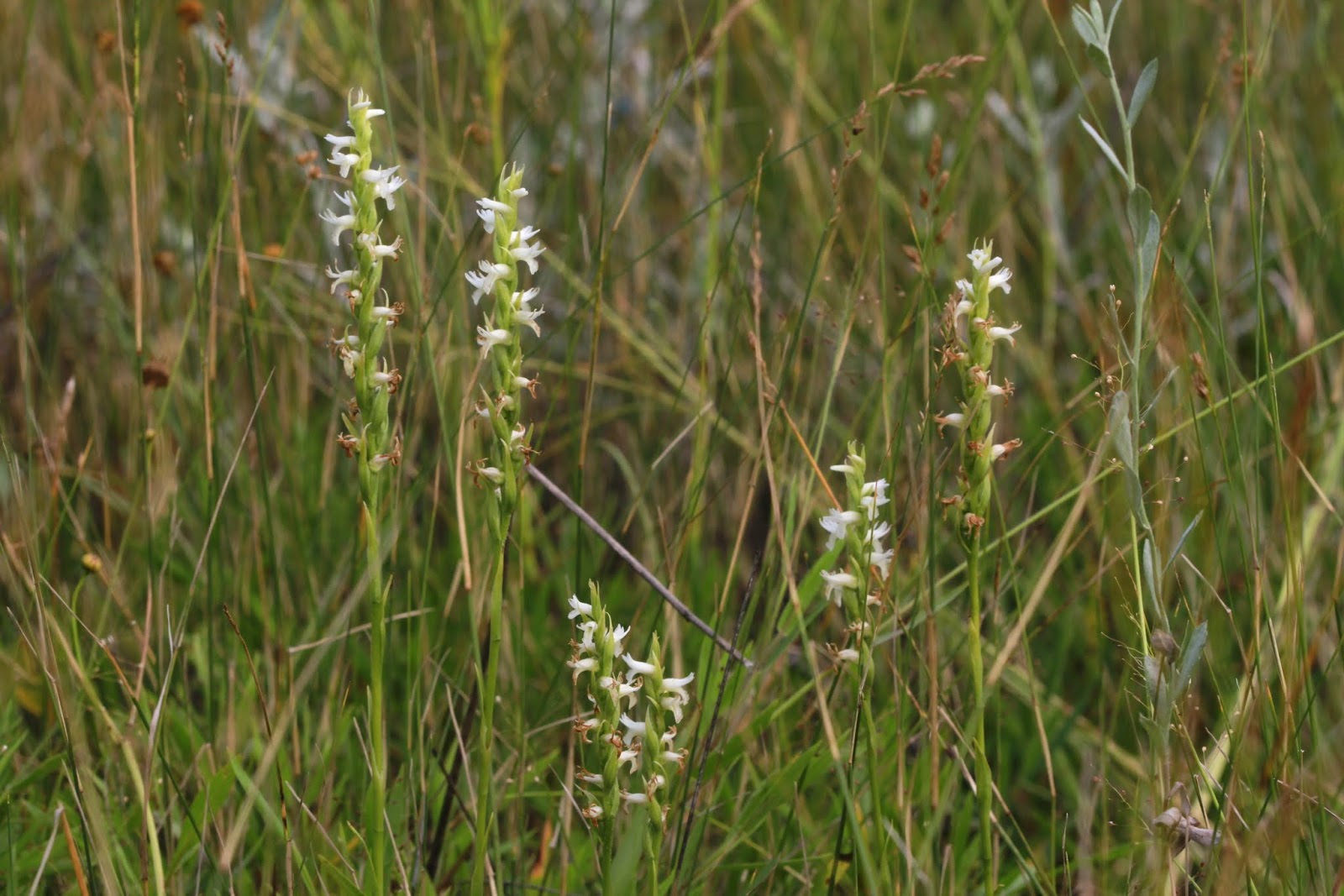 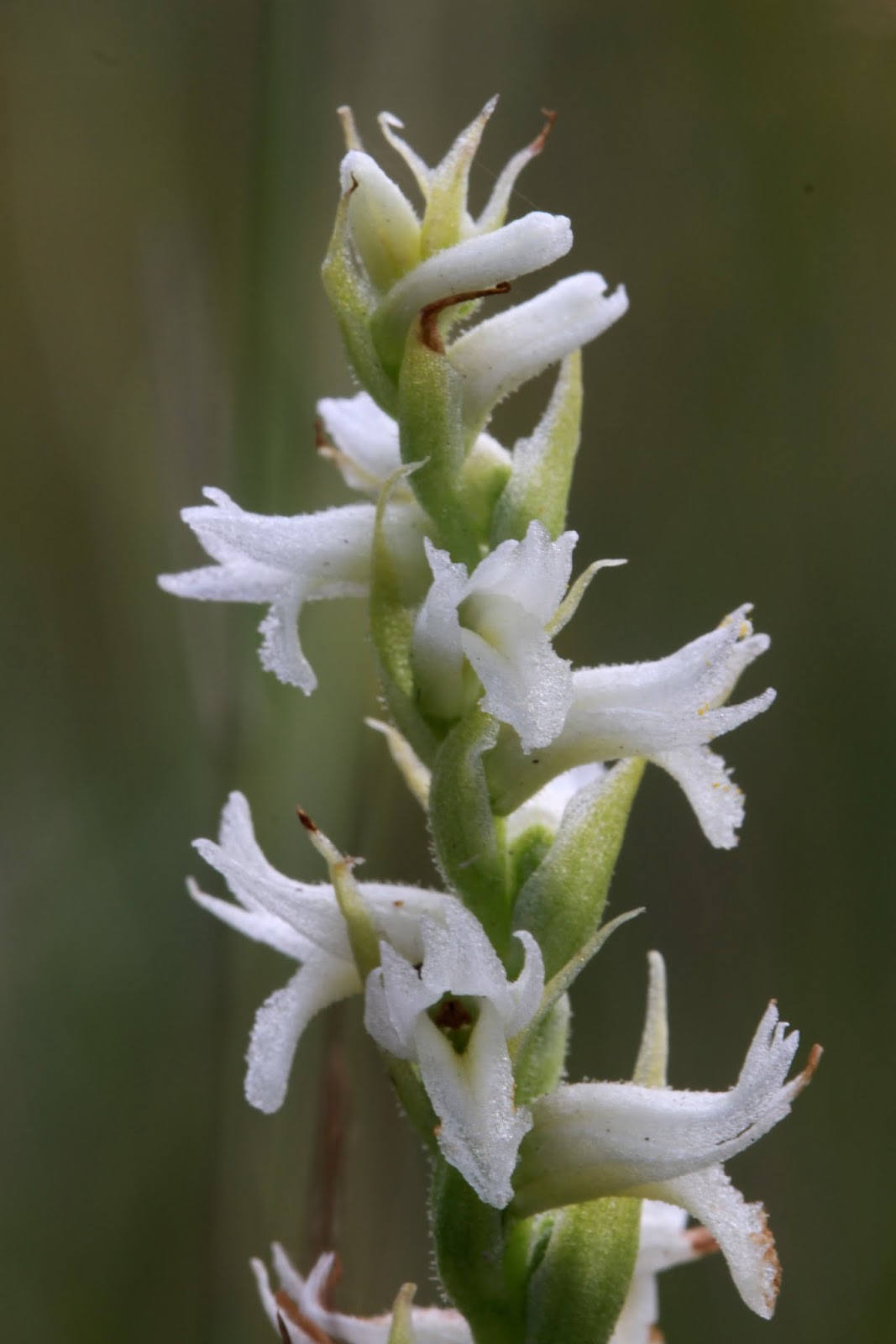 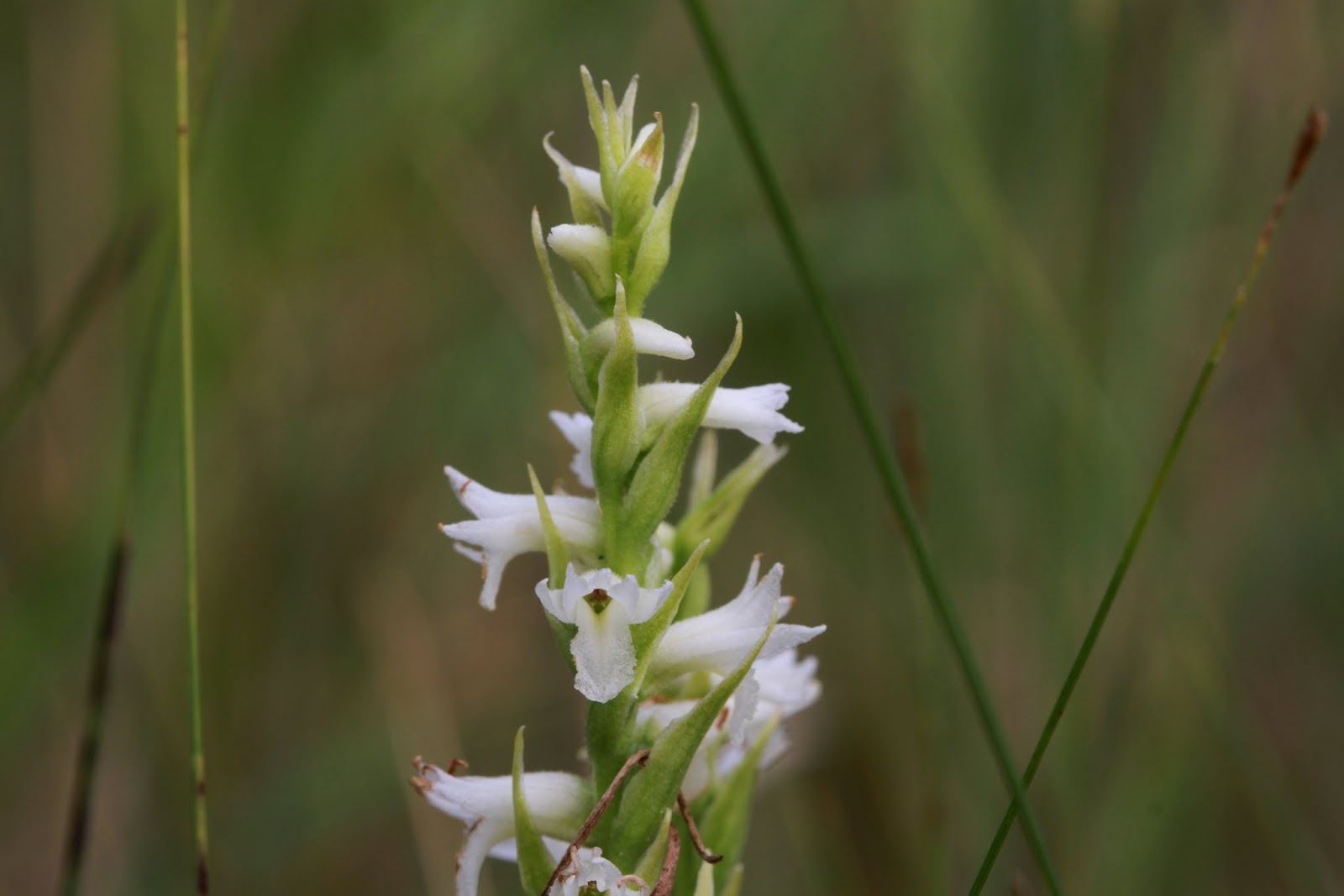