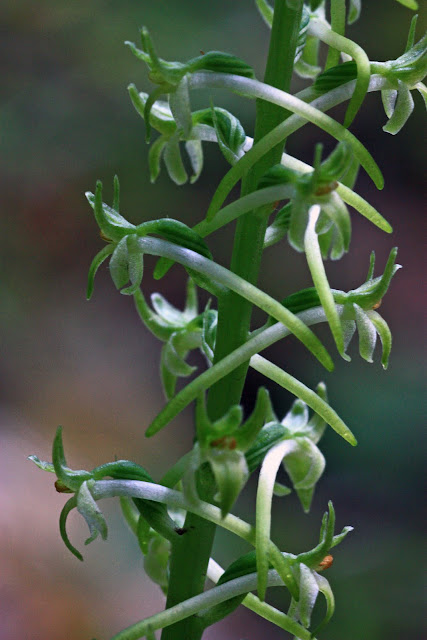 The last two weeks of August we had our seven year old grandson with us.  He had come with us from Michigan and we took every opportunity to do fun things with him, going whale-watching, visiting the local fair, and going on an overnight backpacking trip.

Knowing that he was not used to hiking, we hiked in only a couple of miles to a favorite spot on Ross Lake in North Cascades National Park called Greenpoint.  There we spent the day after setting up camp and there also we spent the night in our sleeping bags and tents.

The trail we took followed the shore of the lake (created by Ross Dam), gradually climbing above the level of the lake and then dropping back down on a side trail to Greenpoint and the lake.  It was there we found once again a favorite orchid species, the Long-spurred Piperia. 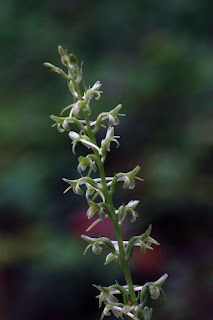 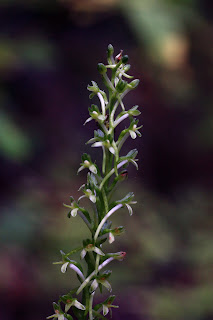 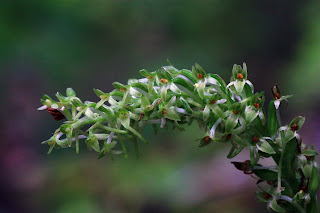 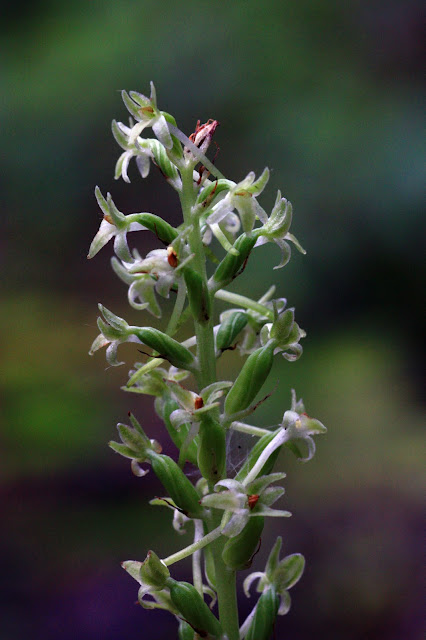 It grew all along the trail though usually only a few scattered spikes in any location.  One of the last orchids to bloom in the area, its leaves had withered and if the 30-40 cm flower spikes had not been there it would have been impossible to locate. 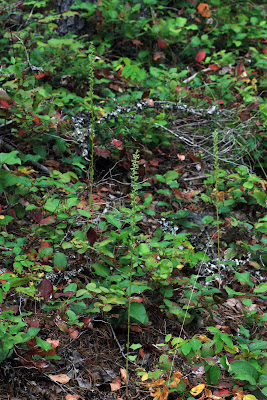 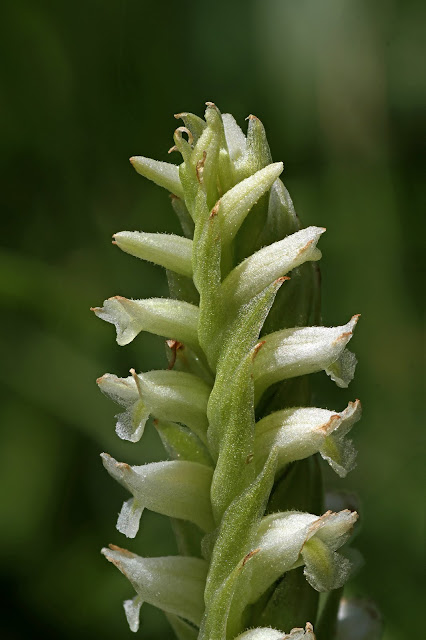 We visited Yellowstone National Park for a day on our way to Michigan to see family.  We arrived at the west entrance early in the morning and were informed that road repairs were being done and that there was as much as a five hour delay to get past the road work.  Since it would have taken many hours to drive around to one of the other entrances and even longer to get back to the highway we had left behind we decided to press on. 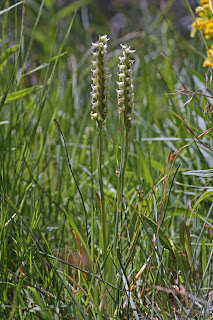 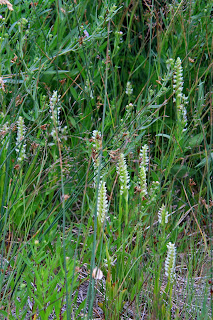 After driving several miles into the park we found the traffic back up ahead of us as far as we could see and after waiting for a while we found that every half-hour or so the traffic would move about a mile ahead.  Every time we stopped after moving we got out of the car and explored the area, a very nice area of the park that follows the peaceful Madison River.  We both had our cameras and thus passed the time. 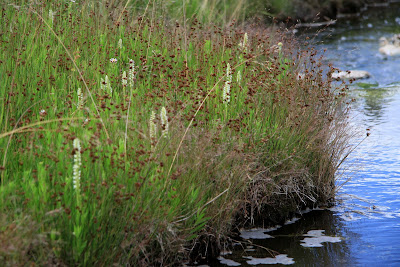 At one stop we found this native orchid growing the grass along the river's edge and were quite excited to find it so far away from any location we had previously discovered.  Later in the day, however, after getting free of the traffic and driving up the west side of the north loop we found the orchid several more times, in some of the geyser basins growing right in the area of the geyser run-off and later along the Gibbon River. 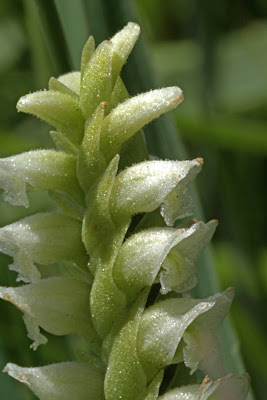 The orchid is one we've seen several times in Washington and that is my justification for posting it here.  It is a small plant, usually less than 30 cm tall with cream colored flowers that are braided around the flower spike, giving the genus its common name, Ladies' Tresses.  This particular species is the Hooded Ladies' Tresses, and is quite common in our area and further east, but always very beautiful.

As always we found the orchid growing in wetter areas, near streams, in run-off areas of the geysers, in wet, almost boggy meadows.  And, once we knew that it was blooming in the park, we were able to spot it in wetter areas as we drove through the park.The photo of the plants growing near a stream was taken in an area we spotted from the car window.
Posted by Ron at 9:34 AM No comments: