What a strange season this was!  The season began earlier than ever before with the first Fairy Slippers blooming in March and ended nearly a month early with nearly everything finished blooming by the beginning of August.  We had almost no snow in the mountains last winter, a very early and warm spring, followed by a summer that was hot and dry like none we've ever had before.

The orchids, except at higher elevations were almost all very few in number and were often blooming poorly as well.  We saw a lot of aphids, usually a sign of excessive dryness, and in some cases, especially with the Spiranthes, there were sites where the plants had apparently gone completely dormant.  We hope at least that they are dormant and not gone forever.

In spite of the many disappointments there were a few highlights.  We saw for the first time the natural hybrid of the two varieties of Calypso bulbosa, Calypso bulbosa x kostiukiae.  We had looked for this for several years and finally found it.  It's a hybrid of the Eastern and Western Fairy Slippers, variety americana and var. occidentalis and though it has features of both is very different from either. 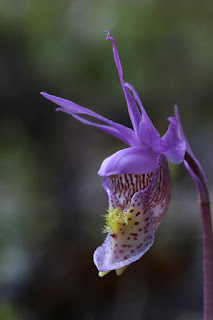 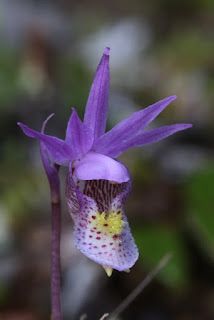 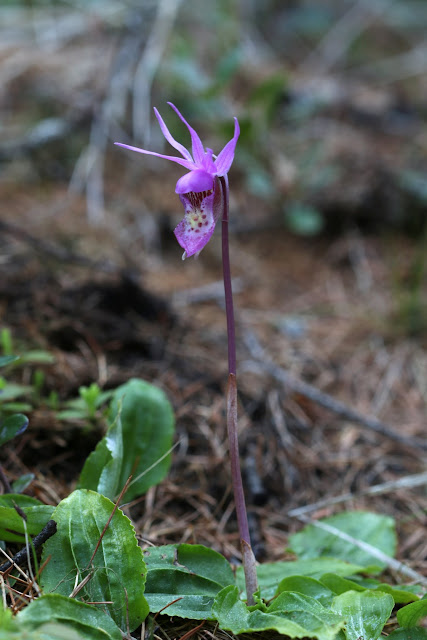 We also saw for the first time the albino (alba) form of the Mountain Lady's Slipper, Cypripedium montanum fma. praetertinctum (that last word means "without color").  We had looked for this also many times before but found it in a location where we had looked and where, at least at that time, it was not growing.  We found only a few plants but at least we found it. 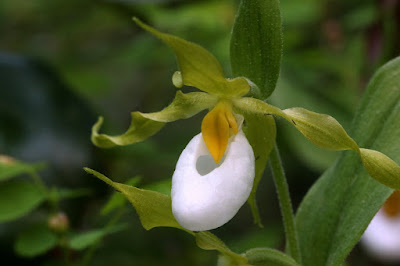 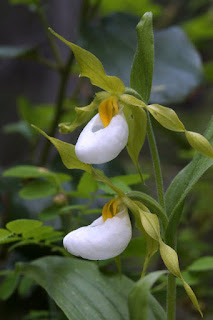 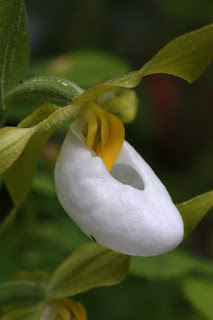 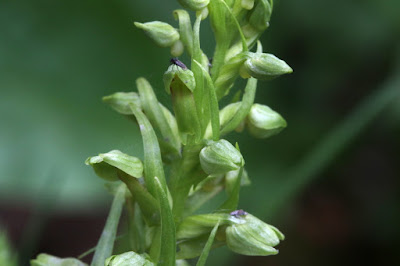 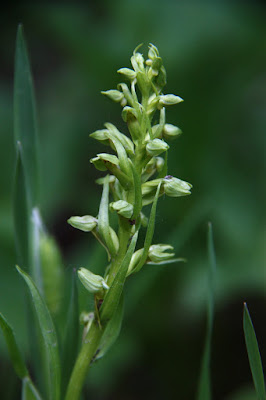 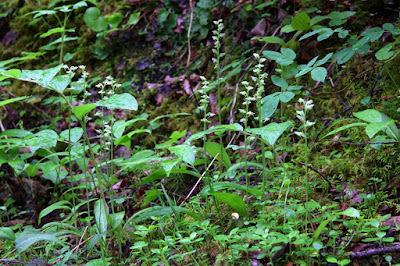 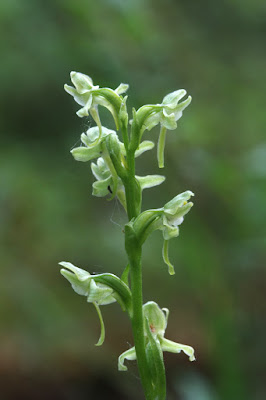 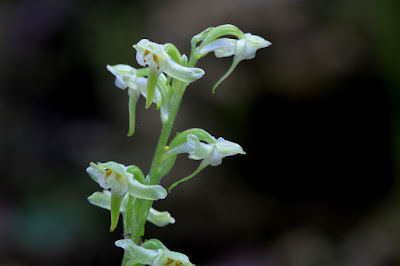 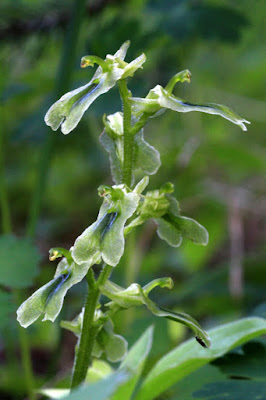