Epipactis helleborine, the Broad-leaved Helleborine is not really a native orchid but a European import that has naturalized all across the country.  We've also seen it in the dunes along the eastern Lake Michigan shore in the state of Michigan, and it is found in many other places around the country. 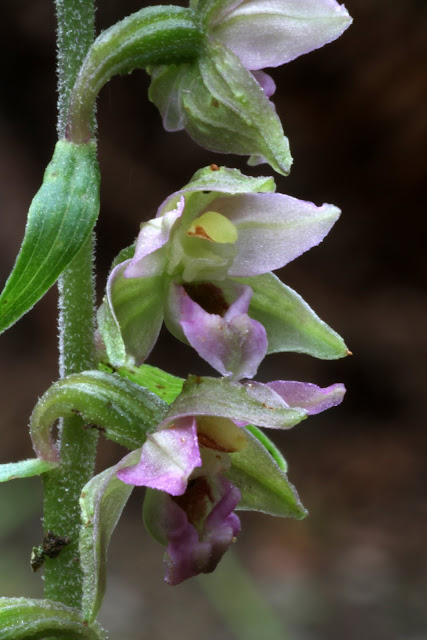 The plant can be as tall as 80 cm, though the plants we've seen have not been taller than 60 cm.  It is usually densely flowered with as many as 50 flowers each 3-4 cm in size.  Plants growing in shady conditions, however, may be much smaller with fewer, more widely spaced flowers. 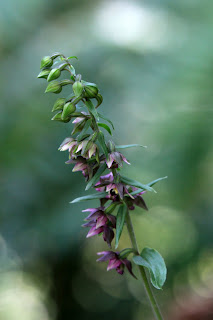 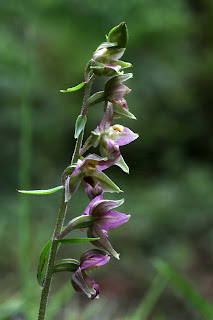 The few leaves are pleated and the flowers are ordinarily green suffused with pink, but there are plain green, yellow and white forms as well, as well as a form with variegated leaves.  The plant blooms in August in our area. 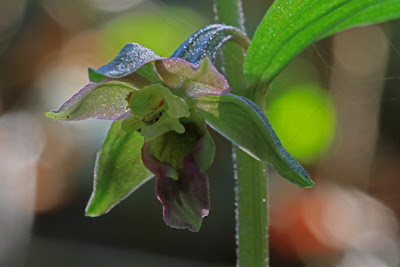 The plant was first found in North America near Syracuse, New York, in 1878.  Since then it has spread to 31 states and six Canadian Provinces, according to the USDA.  We found these plants along a railway line suggesting one possible way in which it has spread. 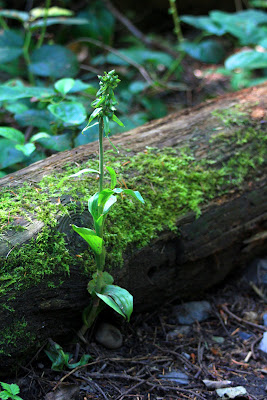 The blog entry which describes our finding and photographing this orchid can be found at: http://ronaldhanko-orchidhunter.blogspot.com/2010/08/larrabee-state-park.html. 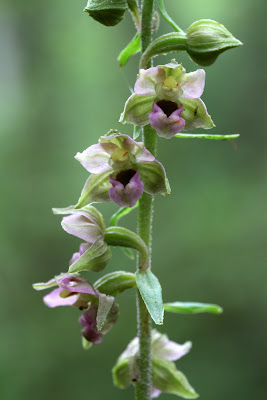 Epipactis gigantea is rightly named the Stream Orchid or Chatterbox.  In the one place we've found it here in Washington, we found it growing in one large clump right beside the lake, so close, in fact, that it was difficult to get pictures without getting wet feet. 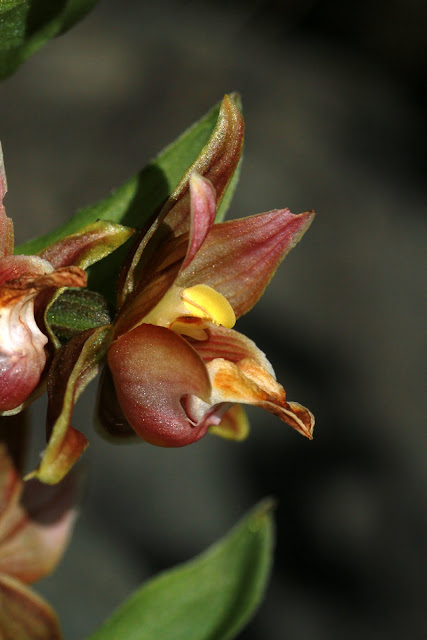 It was also very windy that day and we discovered why this orchid is known as the Chatterbox.  It has a movable lip, not unlike a little mouth, that in the wind made photography very difficult.  The story of our finding this native orchid is at: http://ronaldhanko-orchidhunter.blogspot.com/search/label/epipactis%20gigantea 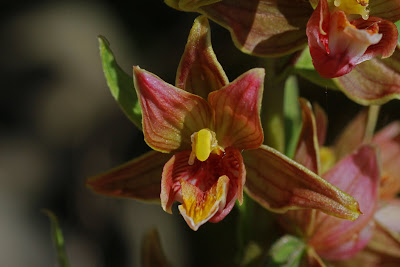 The plant can be as tall as 100 cm, but the plants we found were only a little over 30 cm tall.  The leaves are pleated and the flowers are around 3 cm in size, very beautiful and very showy.  There can be up to twenty-five flowers per spike, though the most we've seen is ten. 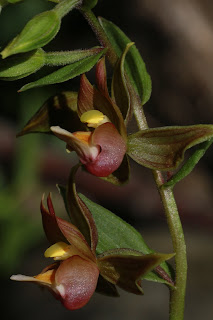 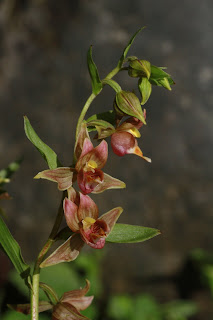 The plant ranges from British Columbia south to Mexico and east to Montana, South Dakota and New Mexico.  It is very rare in our area, but can be relatively common in some places.  It is usually found in very wet areas and flowers during July and August.
Posted by Ron at 6:48 AM 4 comments:

Also known as Franklin's Lady's Slipper, Cypripedium passerinum, though not the showiest, is the daintiest and most delicate of our native Lady's Slippers, as the name "Sparrow's-egg" suggests.  It is also one of the rarer Slippers, found only in the north and there only in specific locations.  The USDA lists it as being found across Canada but only in Alaska and Montana in the United States. 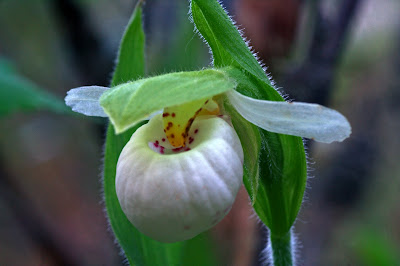 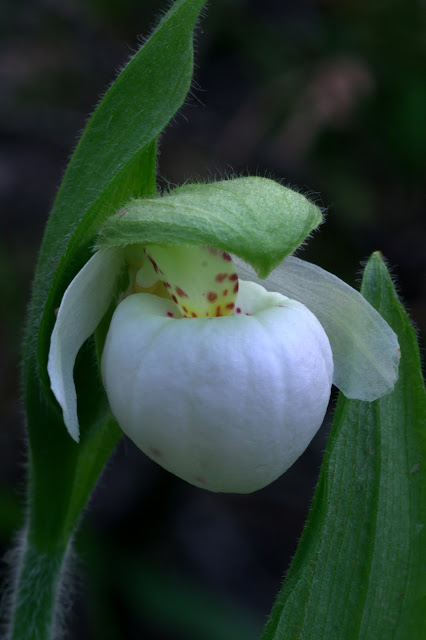 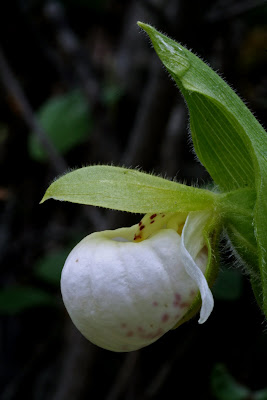 In the areas we have seen them they are always growing in and around scrubby trees, partially shaded from the full sun.  They have also been in areas that are quite moist, such as the shore of a lake or a riverbank.  We have found them growing mixed with Cypripedium parviflorum and Galearis rotundifolia. 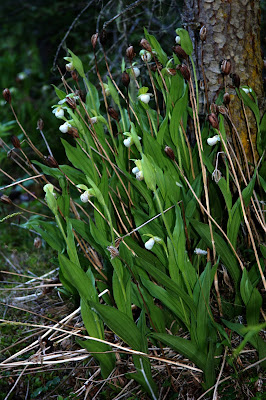 There is said to be a dwarf form and we may have seen it, though it simply looks like a miniature version of the species. We think that it was the dwarf form because it was blooming when the larger forms were all finished.  There is as well as a form with a pinkish pouch, but we have not seen it.  Nor have we ever seen more than one flower on a plant, though it is suggested that they sometimes have two flowers.
Posted by Ron at 5:51 AM 2 comments: