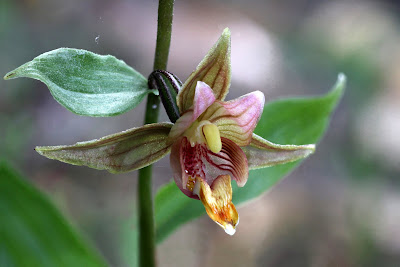 Epipactis gigantea is one of the more colorful and showy of our native orchids, but is quite rare in our area, though much more common to the south of us.  We know only a couple of sites and make a point of visiting them, if possible, every year.  To our dismay, we visited one of those sites at Lake Crescent in Olympic National Park and found that someone, probably a park employee, had used a strimmer on the site and that only a couple of stems of what is usually a good show remained.  The area has a beach and is a high use area, but there was no reason for what had been done to this valuable stand of orchids. 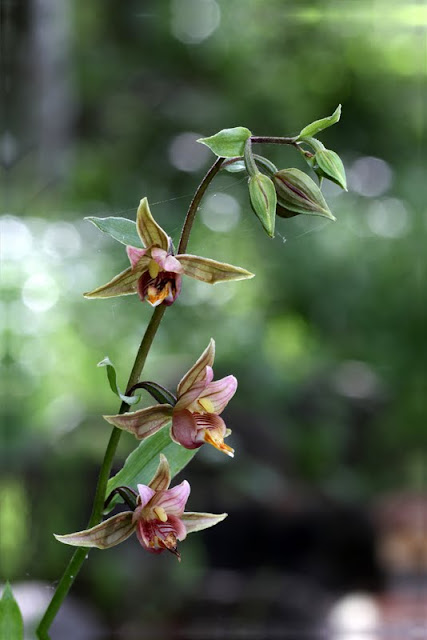 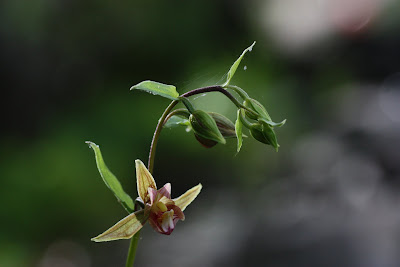 In this location the species grows right on the edge of the lake making photography extremely difficult.  I had to kneel in the lake and my wife sat down on a rock in the water to get pictures, but ended up wet anyway.  Adding to the difficulty was a light breeze which made both the stems and the moveable lip difficult to photograph without blur.  We managed to get some pictures by using a high ISO and shutter speed, and these are the best of our pictures.  The moveable lip is the reason this plant is sometimes called the Chatterbox Orchid and its liking for wet areas the reason it is known as the Stream Orchid. 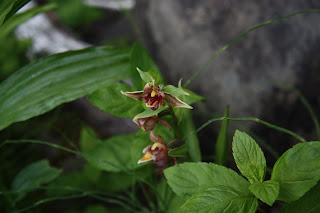 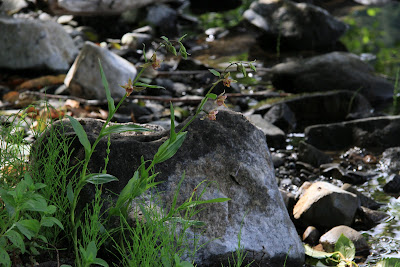 For another look at this species check out this older post:  http://nativeorchidsofthepacificnorthwest.blogspot.com/2010/09/chatterbox-epipactis-gigantea.html
Posted by Ron at 4:00 PM No comments: 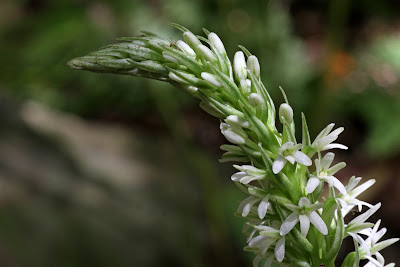 Washington has five native Platantheras that were previously classified as Piperias and we saw four of them in Olympic National Park on August 3rd, one in a dwarf form  that is unique to Olympic National Park and to the Hurricane Ridge area of the park.  The five we saw were Platanthera ephemerantha, formerly Piperia candida, the Slender White Piperia, Platanthera elegans, the Elegant Piperia, Platanthera elongata, the Long-spurred Piperia, and Platanthera unalascensis, the Alaskan Piperia, in its dwarf form, P. unalascensis fma. olympica.  The only one we did not see was Platanthera transversa, the Flat-spurred Piperia, though I am sure that if we had looked longer and harder we would have found it also.

Platanthera elegans, as the name suggests, is the tallest and showiest of these species.  We found it growing in the area of Lake Crescent on the north end of the park, though only a few plants.  It can grow to 100 cm tall and has numerous white flowers that stand out in the more shaded locations in which it grows. 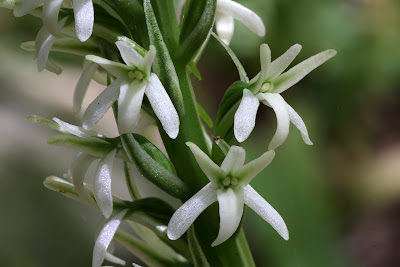 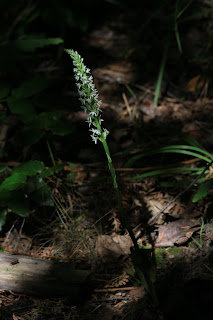 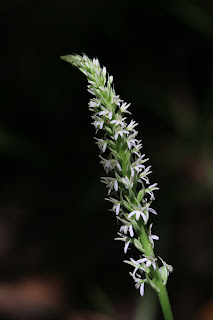 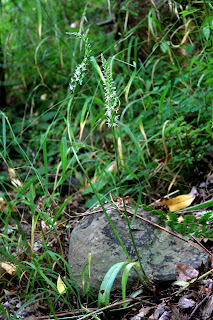 Platanthera elongata is named for its long curved spur.  We found it along the Little River Road just outside the park boundaries, growing on a dry, mossy, south-facing bank along the road.  The plants were almost always single and seemed to prefer the steeper areas of the bank on which they were growing. 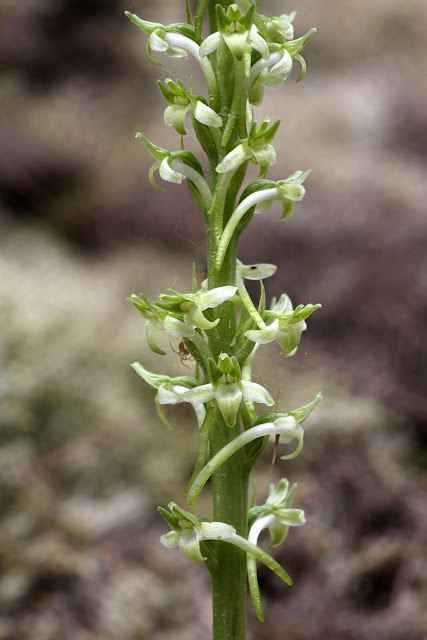 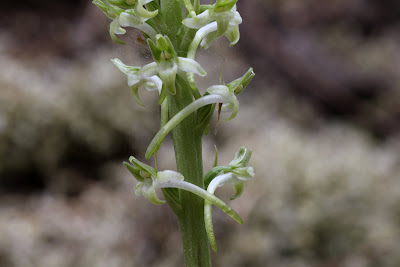 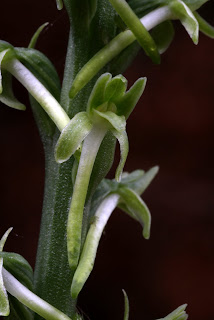 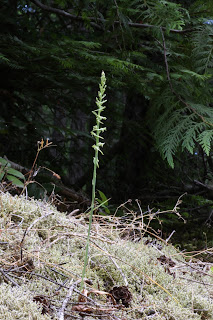 Platanthera unalascensis is the least attractive of the Piperias with its small green flowers, even though they are produced in abundance.  Ordinarily a very tall plant of nearly 80 cm, on Hurricane Ridge it grows in a very exposed alpine location in a dwarf form that is only about 15 cm tall. 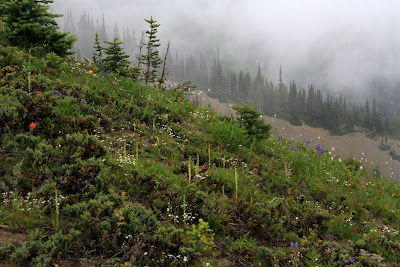 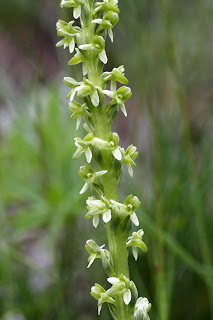 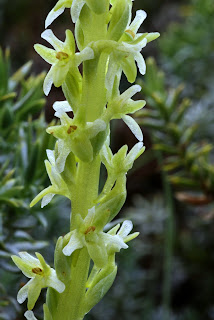 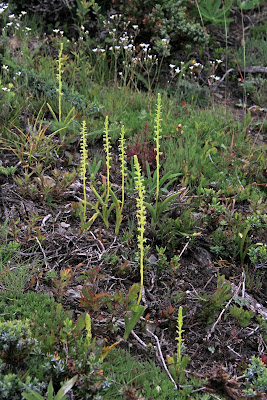 Platanthera ephemerantha was a new species for us.  It is similar to P. unalascensis and used to be included with that species.  It is slightly more attractive, however, because its flowers are white rather than green and its tall spikes stand out among the surrounding vegetation.  These were a bit past their prime. 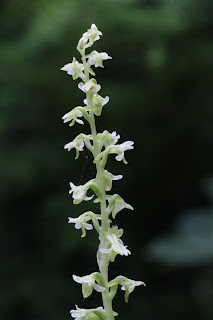 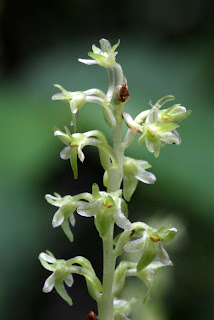