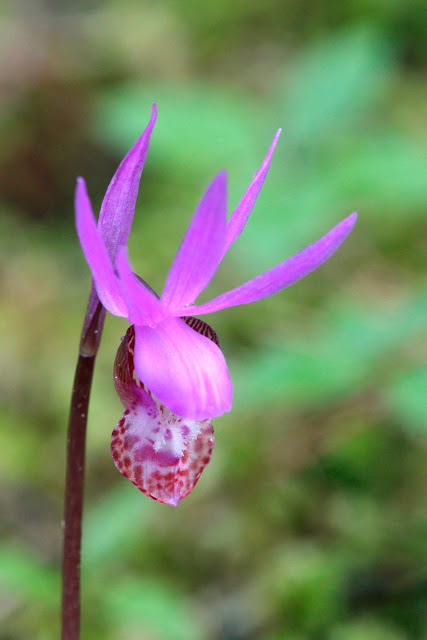 Here's the first orchids of the season.  We were out Thursday, March 24, to a number of different sites on Fidalgo Island, looking for spring wildflowers and for the first Fairy Slippers of the season.  We suspected before we went that they would be blooming since we had seen some of them in bud a couple of weeks earlier and our suspicions were confirmed.  We found them just starting to bloom and even found one white Fairy Slipper among them. 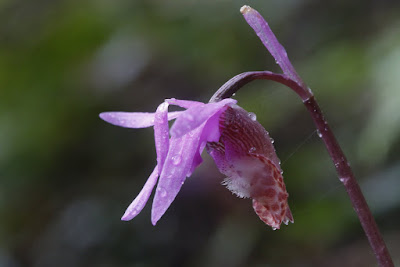 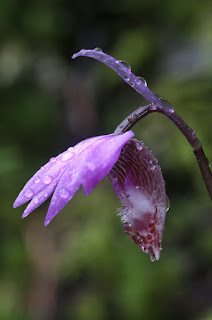 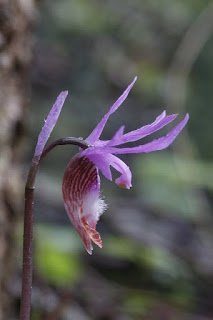 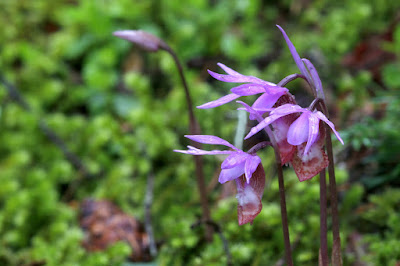 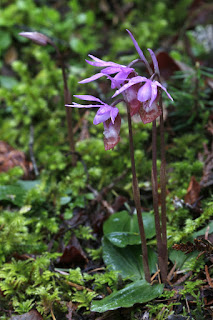 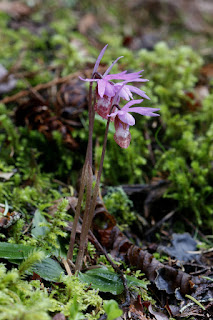 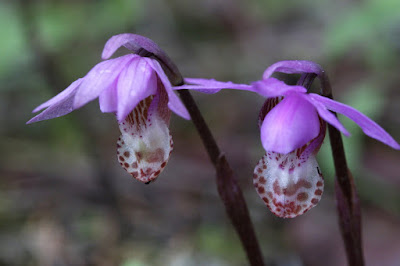 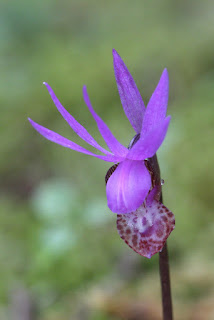 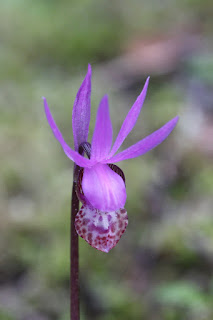 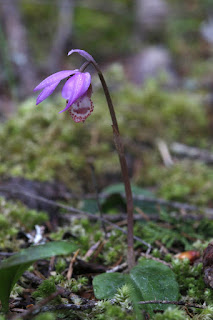 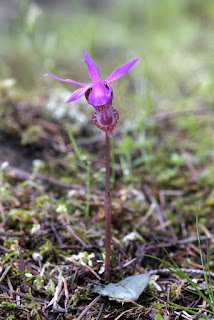 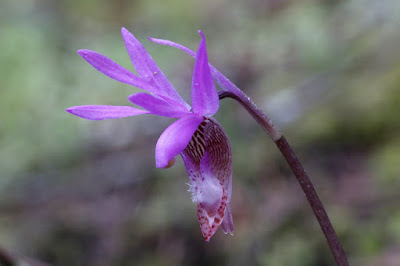 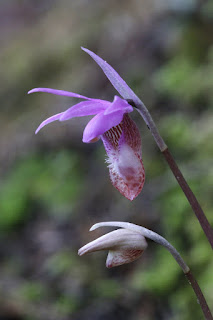 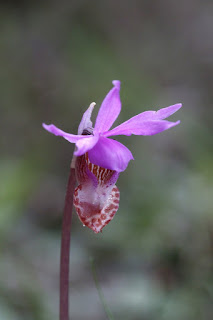 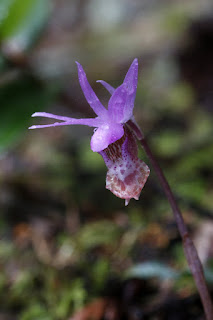 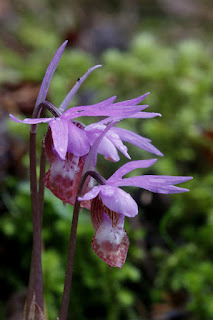 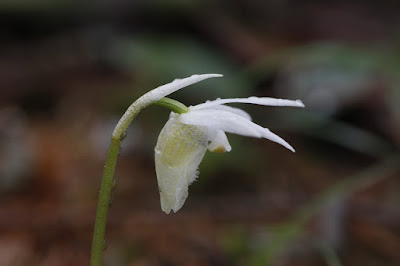 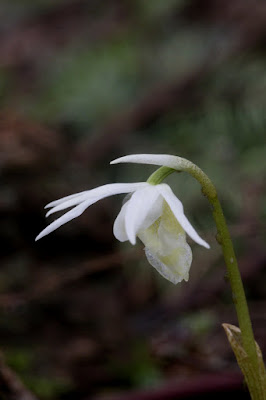 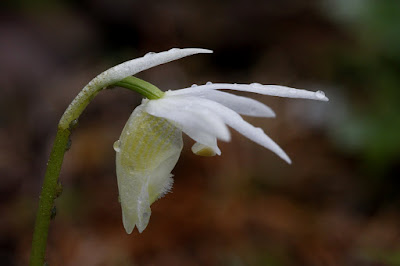 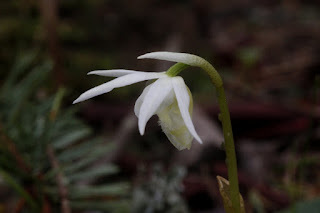