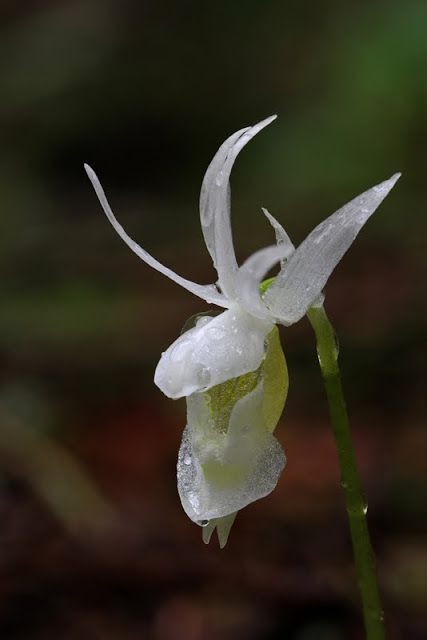 I have been looking for this and hoping to find it for three or four years and finally have seen it, though I can't take credit for finding it.  A friend from Montana was in our area for the tulip festival and visited Washington Park in Anacortes.  She found it and gave us careful directions as to where she had seen it.  It was growing as a single plant in an area where there were quite a few of the normal form.

This is Calypso bulbosa var. occidentalis fma. nivea, the pure white form of the Western Fairy Slipper.  It lacks all the pink-purple color of the normal form and the lip entirely lacks the brown markings, though there is some yellow-green color at the back of the lip.  In the pictures it is evident that it was a wet and rainy day when we went to see it and we came home very wet and muddy, but happy. 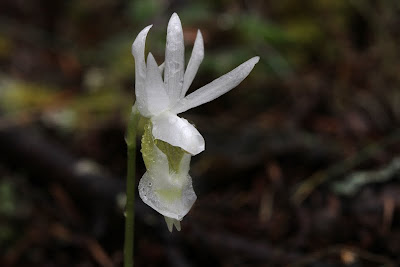 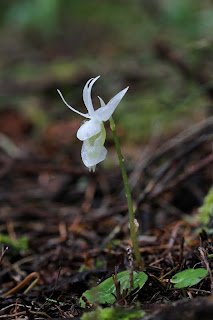 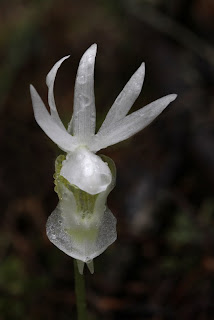 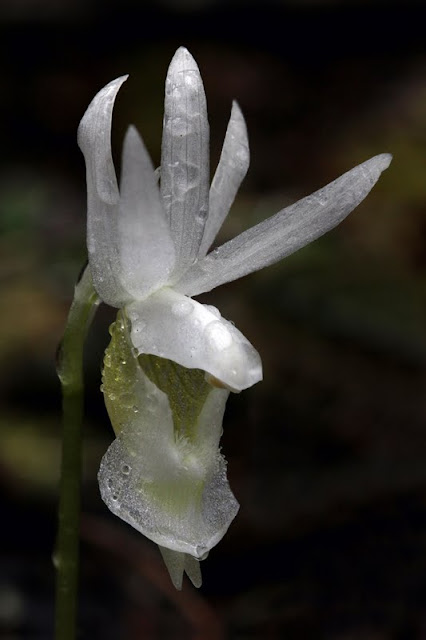 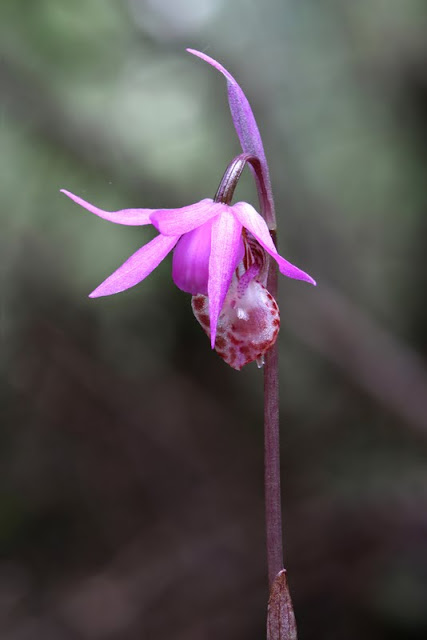 On Friday, April 20, we took the afternoon and evening off and went to Washington Park near Anacortes, one of our favorite places.  We went to see the Fairy Slippers, expecting that they would be just starting bloom on account of our long cold and wet spring.  We found them at their peak with some of them already starting to go by.  We did not go only to see them, but to see the Oregon Fawn Lilies (Erythronium oregonum), the Few-flowered Shooting Stars (Dodecatheon pulchellum), and other wild flowers which bloom on the cliffs of this beautiful park.  The Fairy Slippers are the main attraction, though, and spring would not be the same without the opportunity to see them. 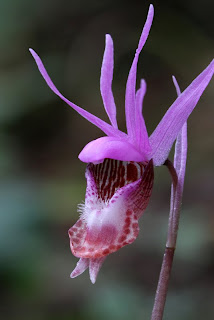 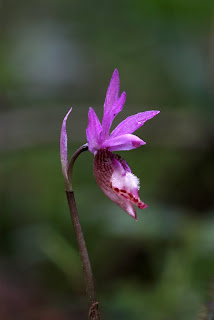 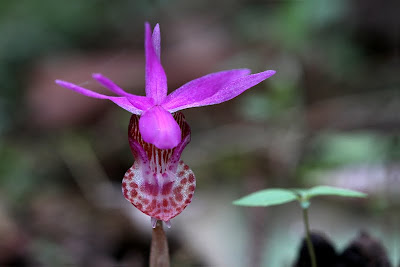 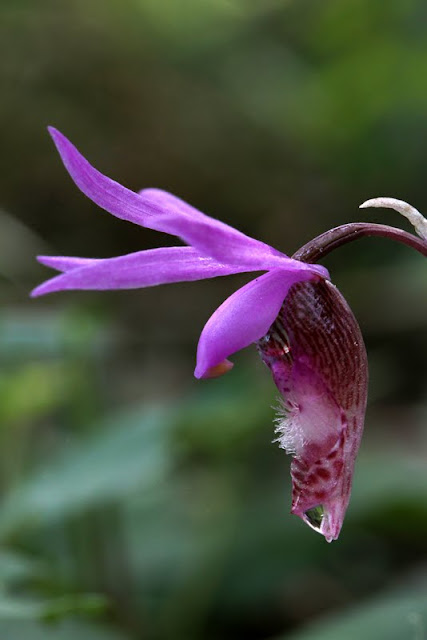 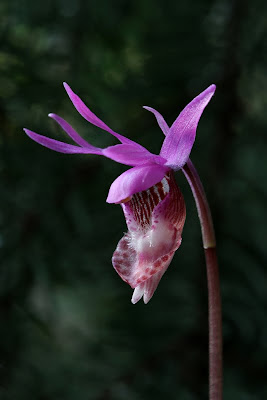 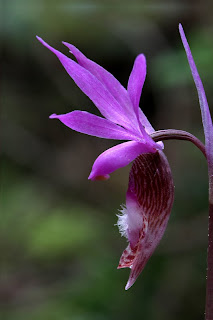 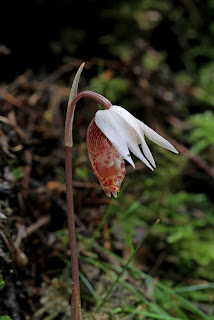 We saw the other wildflowers in abundance - the Fawn Lilies nearing the end of their brief blooming season, and the Shooting Stars by the thousands at Green Point, but we had come to see the Fairy Slippers and spent most of our time looking for them and photographing them, often lying on the ground or being discovered in some other strange position when others came past.  The Fairy Slippers on this side of the mountains are all the rarer Western variety with a white rather than a yellow beard, Calypso bulbosa var. occidentalis.  We usually found them scattered as single flowers, but in one location found clumps of three to five of them. 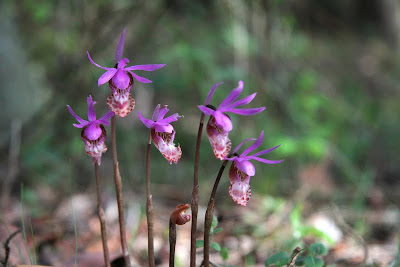 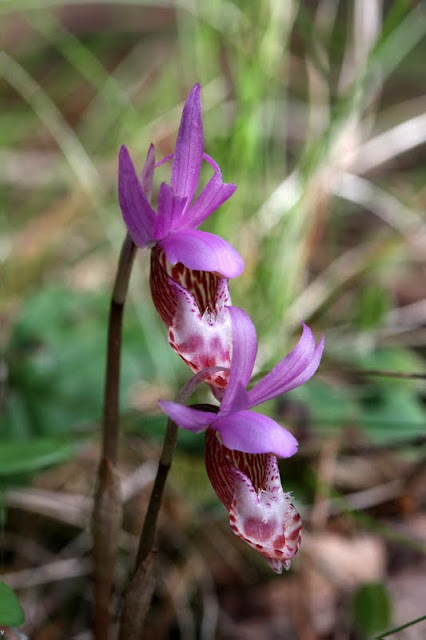 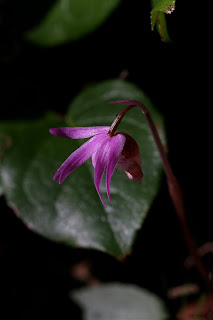 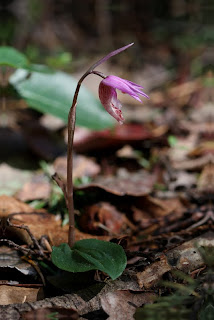