This rather common and insignificant species is one we have seen only a few times.  It ranges from Alaska all across Canada and through most of the western and northern United States.  It is tall, up to 80 or 90 cm, but the flowers are tiny, though numerous, about a half a cm in size and numbering from 75-100 per spike.  They are a pale green color and are slightly fragrant, especially at night. 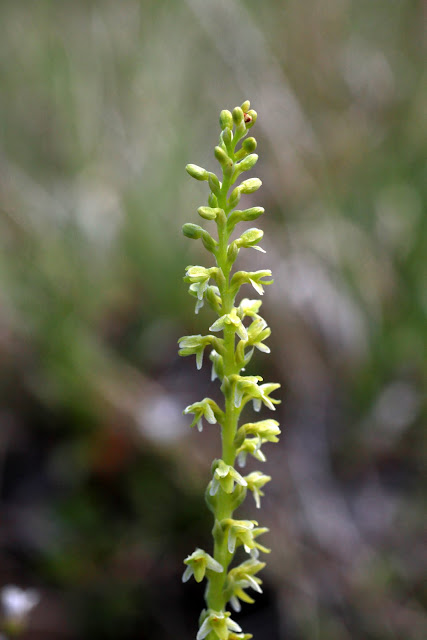 There is a miniature form (forma olympica) of this species that grows only on Hurricane Ridge in Olympic National Park in Washington.  This plant is only 15-25 cm tall with fewer flowers, is abundant in that one location.  Most of the following photos are of that particular plant, though the flowers are the same as the larger variety.  In either variety the plant has only a couple of leaves which have often disappeared by flowering time. 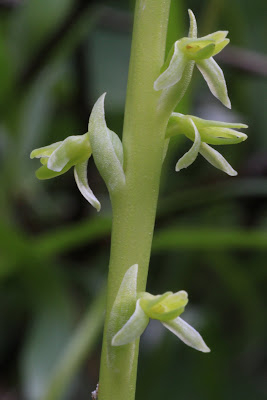 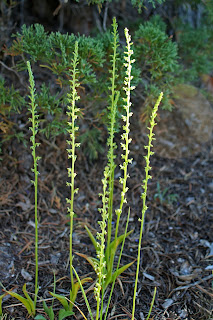 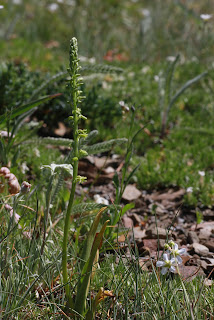 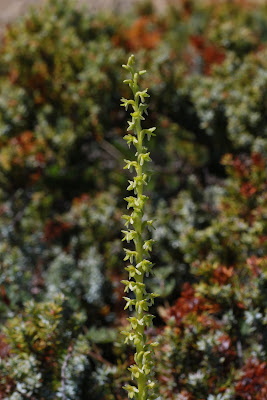